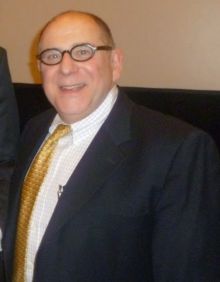 Steven Lash is the co-founder and past President of the Society of American Period Furniture Makers. He has been reproducing eighteenth and early nineteenth century period furniture as an avocation for over forty-five years. He lectures frequently on the design and construction of his period pieces, and his work has been featured in numerous journals including Fine Woodworking Magazine, Fine Woodworking’s Design Book Three and Four, Woodwork Magazine, Home Furniture, The Bulletin of the National Association of Watch and Clock Collectors, and American Period Furniture.

In 2006, three of Steve’s pieces were selected for exhibition in Contemporary Classics, Selections from the Society of American Period Furniture Makers at the Telfair Museum of Art, Savannah, Georgia. His reproduction of Benjamin Franklin’s glass armonica was played at the 2011 Glass Music Festival that was held at Williamsburg, and at the March, 2012 opening of the SAPFM's Traditions of Craft exhibition at the Connecticut Historical Society. In 2000, Steve won the National Watch and Clock Collector's Craftsmanship Award, and in 2010 he was awarded the SAPFM's Cartouche Award for lifetime achievement.

When Steve is not building period furniture, he practices orthodontics full time at West Bloomfield, Michigan. He is an Adjunct Clinical Professor of Orthodontics at the University of Michigan, where he teaches Craniofacial Orthodontics.  He is a past President of the Associates of the American Wing at the Detroit Institute of Arts.