The Society of American Period Furniture Makers (SAPFM) has announced that Charles (Chuck) Bender of Jim Thorpe, Pennsylvania is the recipient of the 2022 Cartouche Award. 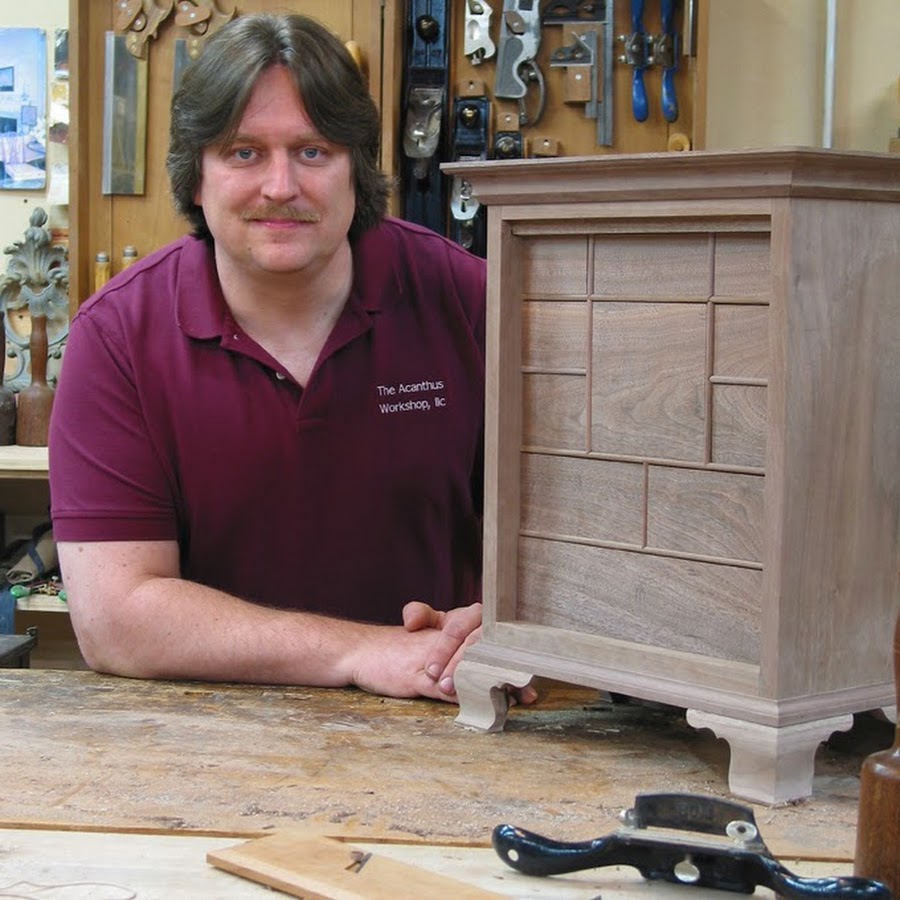 The Society of American Period Furniture Makers (SAPFM) has announced that Charles (Chuck) Bender of Jim Thorpe, Pennsylvania is the recipient of the 2022 Cartouche Award. Bender is one of the most highly regarded furniture makers in the country and the founder of the Acanthus Workshop. He began woodworking at the age of 12 in his parents’ basement, making pieces of furniture for friends and family. Chuck studied under Werner Duerr at the Central Chester County Vocational Technical School (now called the Center for the Arts and Technology) in Pennsylvania. Werner taught his high school program exactly like his apprenticeship in Germany. The students were instructed to blend hand tool use with power tools.

After graduation from high school, Chuck began working for other cabinet makers to hone his skills. He spent nearly ten years working with Irion Company Furnituremakers, working his way up to head of case and chair production. He opened his own business in 1991 and has since built a reputation for making high quality 18th Century furniture reproductions. His work can be seen in museums, private collections, and at juried craft shows. Chuck has received numerous woodworking awards throughout his career and has been featured in local and national magazines and newspapers.

In 2007, Chuck added the title “woodworking mentor” to his list of accomplishments by starting the Acanthus Workshop (a school for avocational woodworkers). Also, in 2007, he began sharing his knowledge publicly by writing articles for Popular Woodworking Magazine and teaching skill-driven classes at woodworking shows across the country. And with a growing list of more than a dozen DVDs published, Chuck continues to educate budding (and accomplished) woodworkers worldwide.

In 2013, Chuck joined the staff of Popular Woodworking Magazine as Senior Editor but left nearly two years later to start an online magazine. Realizing his true passion resides in the workshop, either building furniture or teaching others, he exited the online venture and re-established himself as a teacher and furniture maker in 2017. He currently operates his own school, the Acanthus Workshop https://acanthus.com.

The award will be formally presented at the SAPFM Mid-Year conference June 24-27, 2022 in Fredericksburg, Virginia.