Chippendale is both a style and a maker, Thomas Chippendale was actively designing and building furniture in England. In 1754 he wrote and published “The Gentleman and Cabinet Maker’s Director” a full scanned copy is available at https://archive.org/details/gentlemancabine00Chip

He was also an interior designer to the aristocracy of the period. Chippendale’s interior designer work greatly influenced his eye to comfort, proportion, and aesthetics. He incorporated Georgian, Rococo, Gothic, and Neo-classical styles. His Director was used by many other cabinet makers – including those in America. Chippendale wrote of five orders, all of which defined proportions to be used.

“A variant is the "segmental" or "arch" pediment, where the normal angular slopes of the cornice are replaced by one in the form of a segment of a circle, in the manner of a depressed arch. Both traditional and segmental pediments have "broken" and "open" forms. In the broken pediment the raking cornice is left open at the apex. The open pediment is open along the base – often sculpture, "tondo" paintings, mirrors or windows. These forms were adopted in Mannerist architecture, and applied to furniture designed by Thomas Chippendale. The terms "open pediment" and "broken pediment" are often used interchangeably.[5] Another variant is the swan's neck pediment and is a refinement of a broken pediment with two "S"-shaped profiles resembling a swan's neck.“ https://en.wikipedia.org/wiki/Pediment

Thomas Chippendale Jr (referred to as The Younger) continued his fathers business and moved into Regency styles. Under his term, the company eventually filed for bankruptcy but did not completely dissolve.

Here are a few examples of Chippendale furniture.   Click on any image to zoom in. 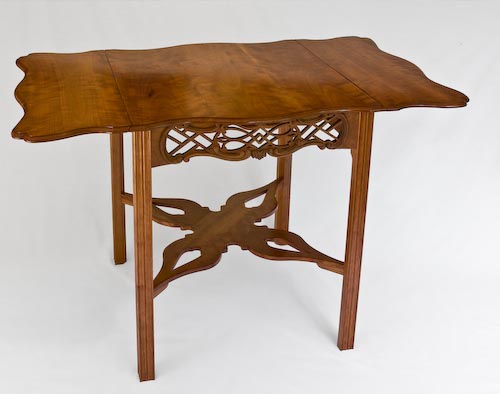 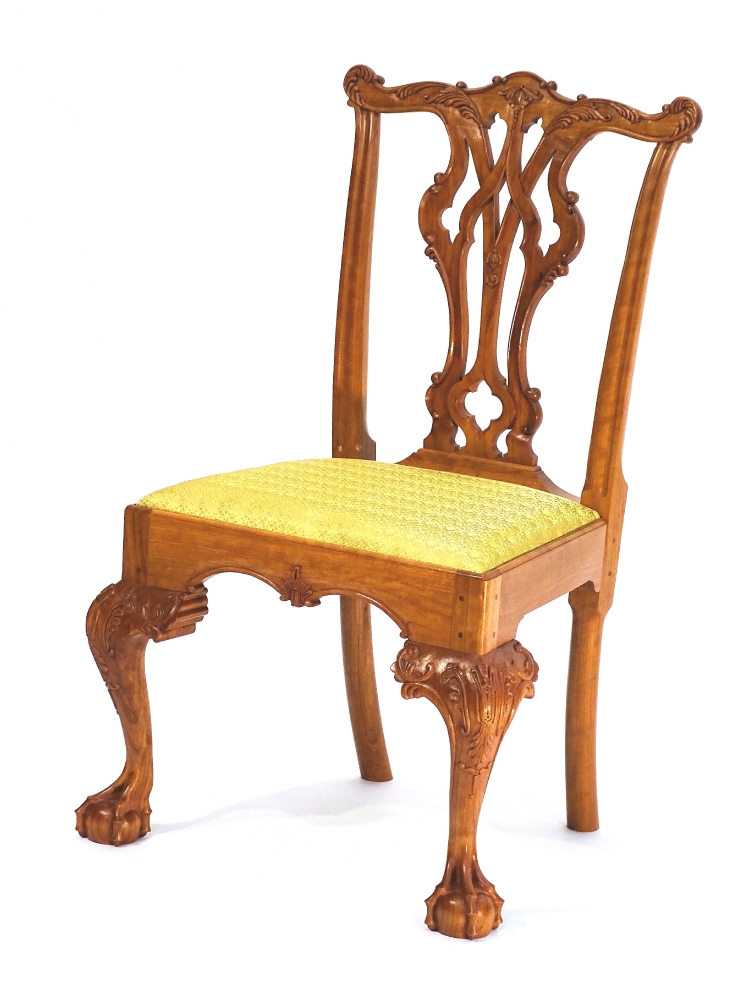 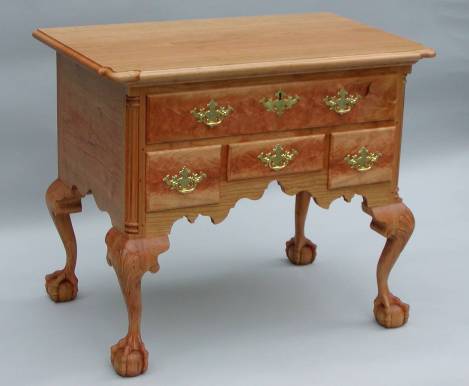 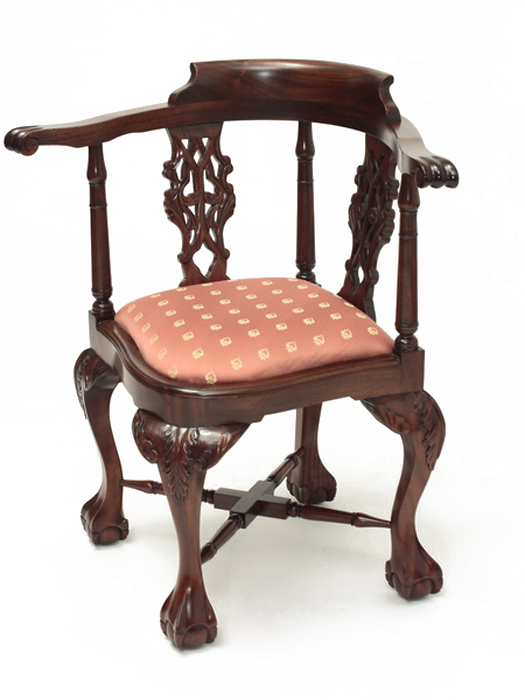 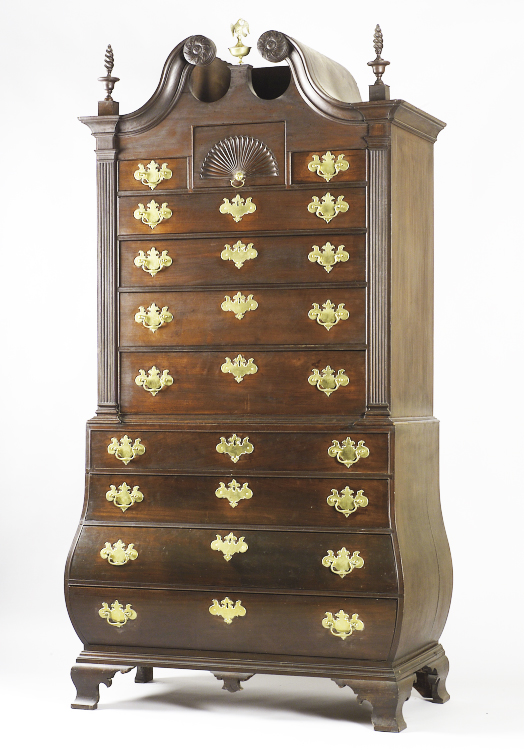 View Member Made Chippendale pieces from our Gallery >