Arts and Crafts is one of the strongest movements in furniture. It was strongest from 1880-1920, but is still widely in production through the 20th century and beyond. The Stickley Brothers – Gustav wrote several books and published his catalog of furniture designs https://archive.org/details/catalogueofcraft00stic and https://archive.org/details/chipsfromworksho00stic , Leopold, and John George were instrumental, but did not publish under their names; Elbert Hubbard, and Frank Lloyd Wright are the major designers of the period, with form and function being the driving design guide and the furniture being in unison with the architecture of the home.

Charles and Henry Greene were architects in Pasadena CA. Their focus was buildings but they were commissioned for furniture to fit the homes and other buildings. Their style was very Arts and Crafts as influenced by Stickley’s Craftsman magazine with emphasis on exposed structure in both buildings and furniture as influenced by Japanese architecture. Eventually the Greenes developed the “Ultimate Bungalow” home which became their signature style. The Ultimate Bungalow was a total package – building, furniture, textiles, light fixtures and decorations all designed for the specific home.

Developed as a subset of the Arts and Crafts movement originally by Louis Sullivan and Frank Lloyd Wright but included others. Using the Prairie as a design element and location, the emphasis was on long, low lines almost disappearing into the horizon as viewed from the side.

Another style with its roots in architecture. It is a take-off on the Ultimate Bungalow where the footprint is smaller. It is the first design where servants quarters are not incorporated into the home. The Bungalow name is traced to Bengal India and the word is derived from from the Hindi word bangla or house in the Bengali style. This began as a cottage or second home in a more rural setting.

Here are a few examples of Arts and Crafts furniture.   Click on any image to zoom in. 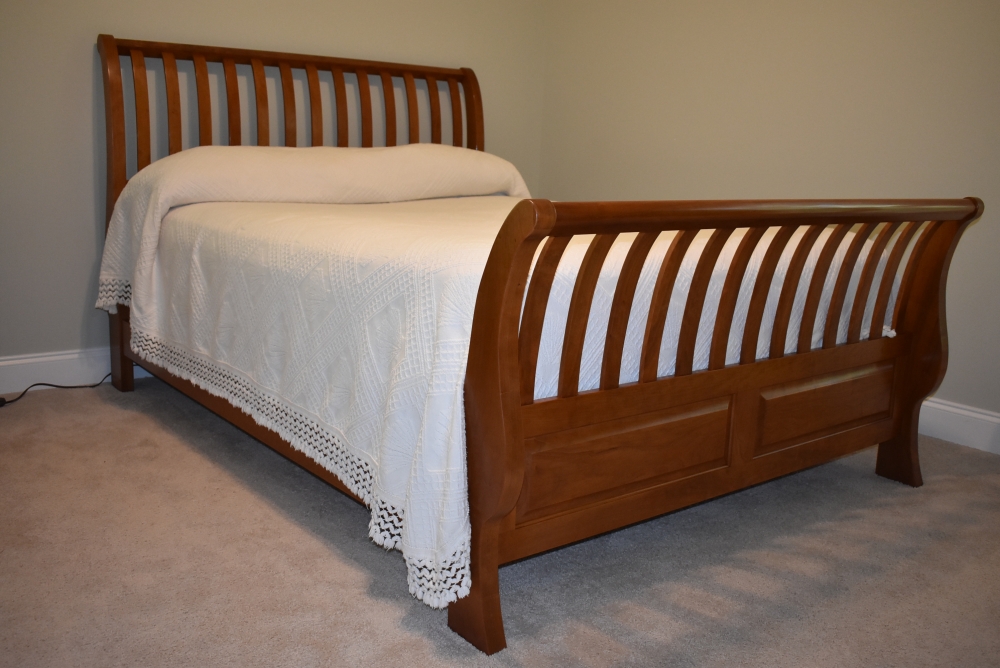 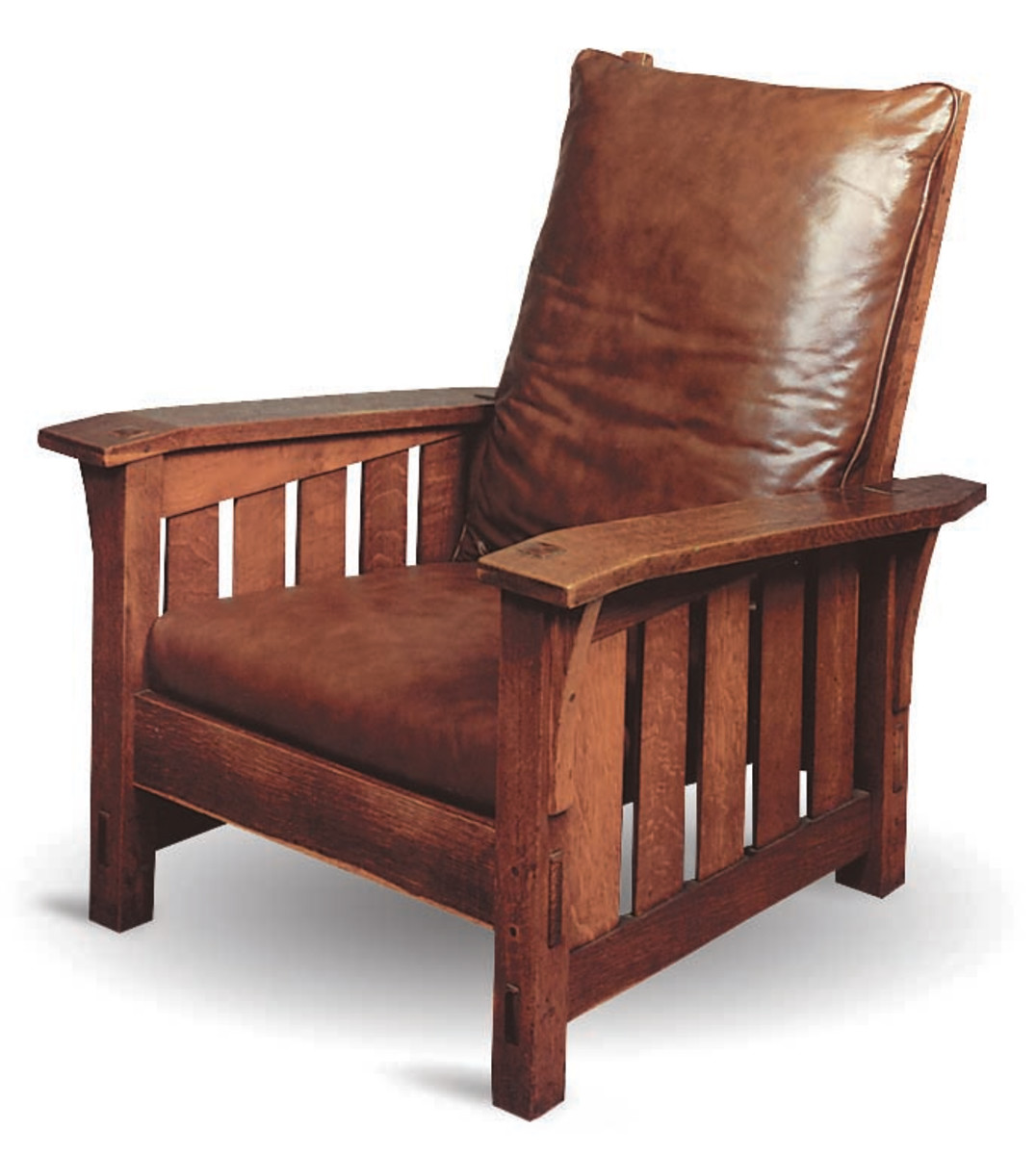 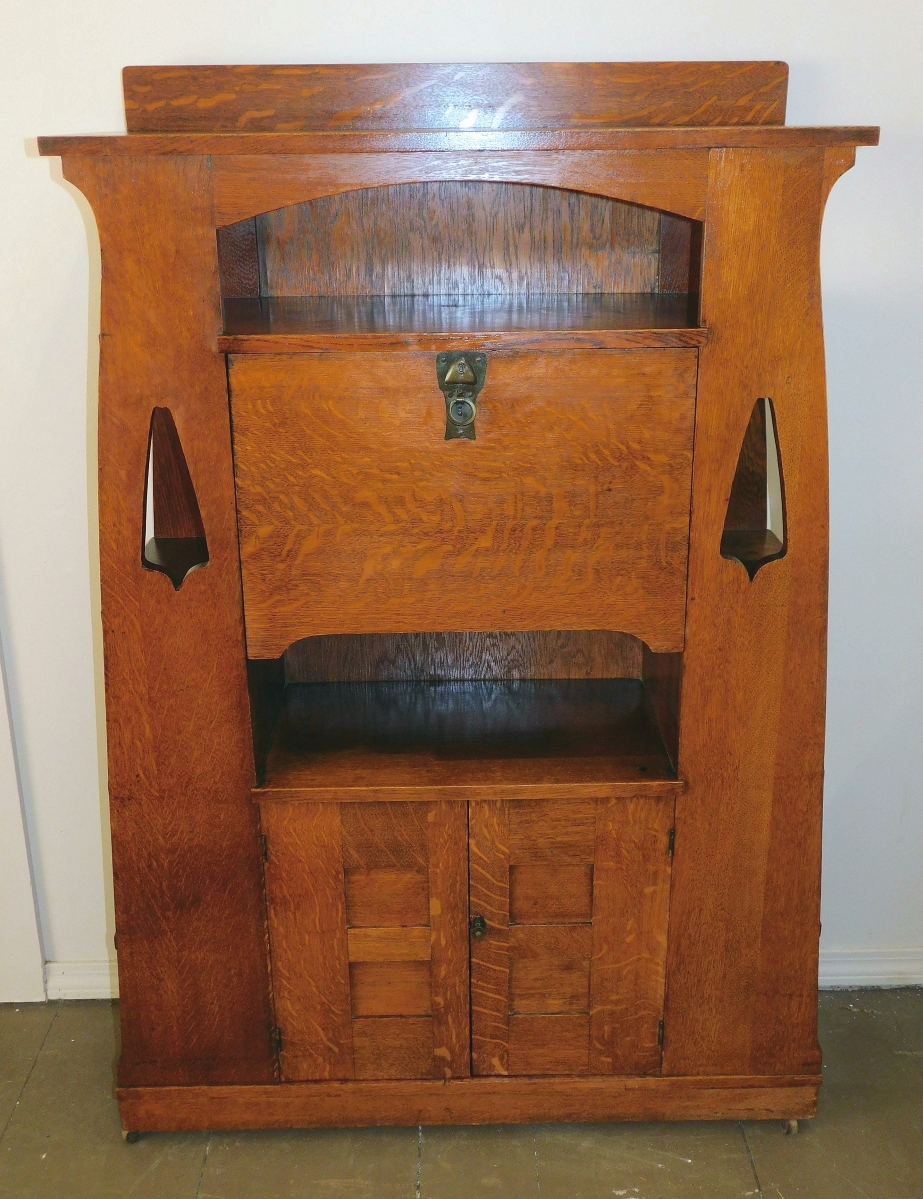 View Member Made Arts and Crafts pieces from our Gallery >