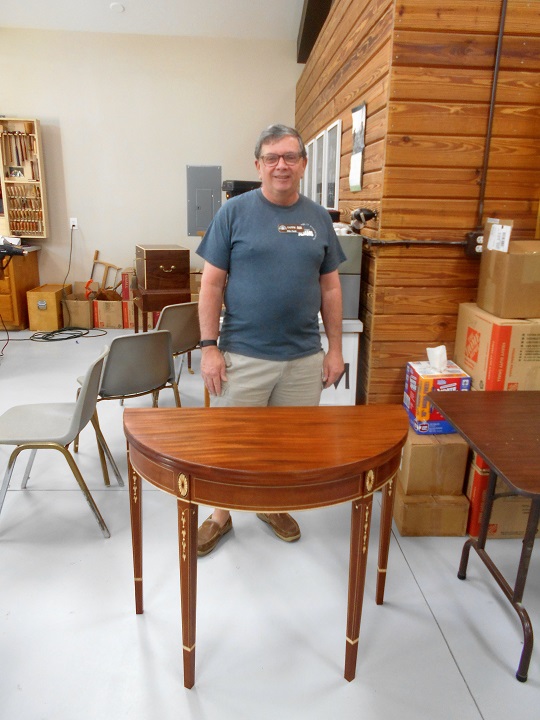 The Florida Chapter of SAPFM held the Spring meeting at Mike Lonergan’s shop in Fort Christmas, Florida on March 25-26, 2017. This two-day seminar regarding the construction of a cellarette by 2016 Cartouche award recipient Ronnie Young was enlightening. It complemented his article in volume sixteen of “American Period Furniture”, 2016.

Two Federal Period pieces were featured in the Show and Tell portion of the meeting – a gate-legged card table by Mike Fucile and a pair of knife boxes by Pete Savickas.

Ronnie’s demonstration on the construction of the cellarette was filled with hints about jigs, set-ups, correction of mistakes and repairs. Safety features and things to lookout for will help in other projects as well. His handout was filled with excellent references. He indicated sources of banding material if you did not want to make your own 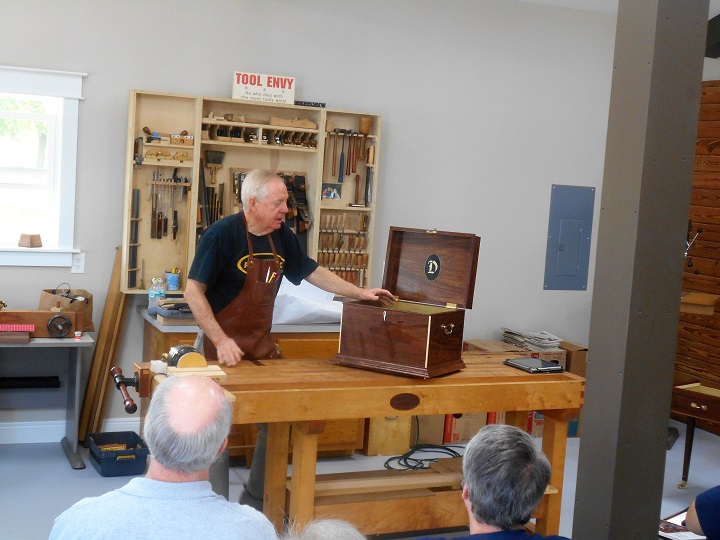 The first day was spent on all aspects of the table portion of the cellarette. His emphasis on the construction of the leg inlay was very helpful. A leg was inlayed with an elliptical patera, stringing, and bell flowers. A simple plug cutter was used for the dart section of bell flower inlay. A heat gun was used to bend the stringing around the oval patera.

The second day was devoted to the chest construction. By the end of the second day, all the parts were ready for final assembly and glue-up. 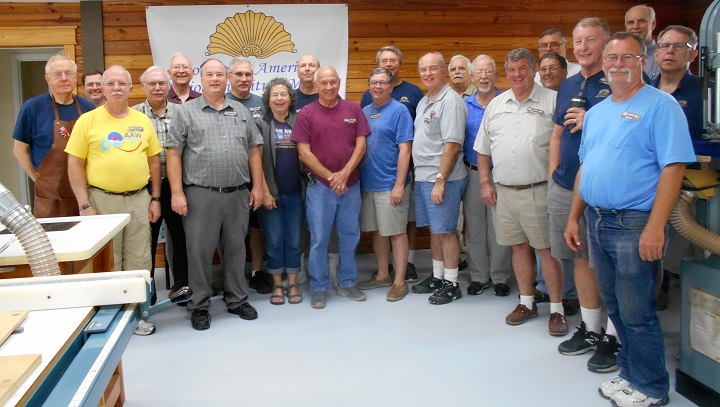