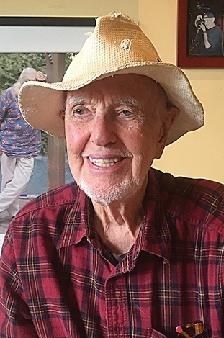 Robert was the husband of the late Josephine Ann Whitley. Born in Trenton, N.J., he was the son of the late Margaret Ann and Robert C. Whitley Sr. He was a member of Solebury Trinity Episcopal Church in Solebury.

Robert was a renowned Bucks County artist and craftsman whose medium was fine woodworking. His studio was located in Solebury, Pa. Robert has numerous pieces still on permanent display in the Michener Museum in Doylestown, Pa., as well as other museums and places of interest around the country. One of the popular booklets "Treasures of Our Nation" outlines many of Robert's contributions to American History. Robert was the 2002 recipient of the SAPFM Cartouche Award, recognizing his lifetime achievements in the area of American period furniture.

In lieu of flowers, it was Robert's request that memorial contributions be made to the James A. Michener Art Museum, 138 S. Pine St., Doylestown, PA 18901 or online at http://michenerartmuseum.org/. To send condolences to the family, please visit the funeral home's website below.