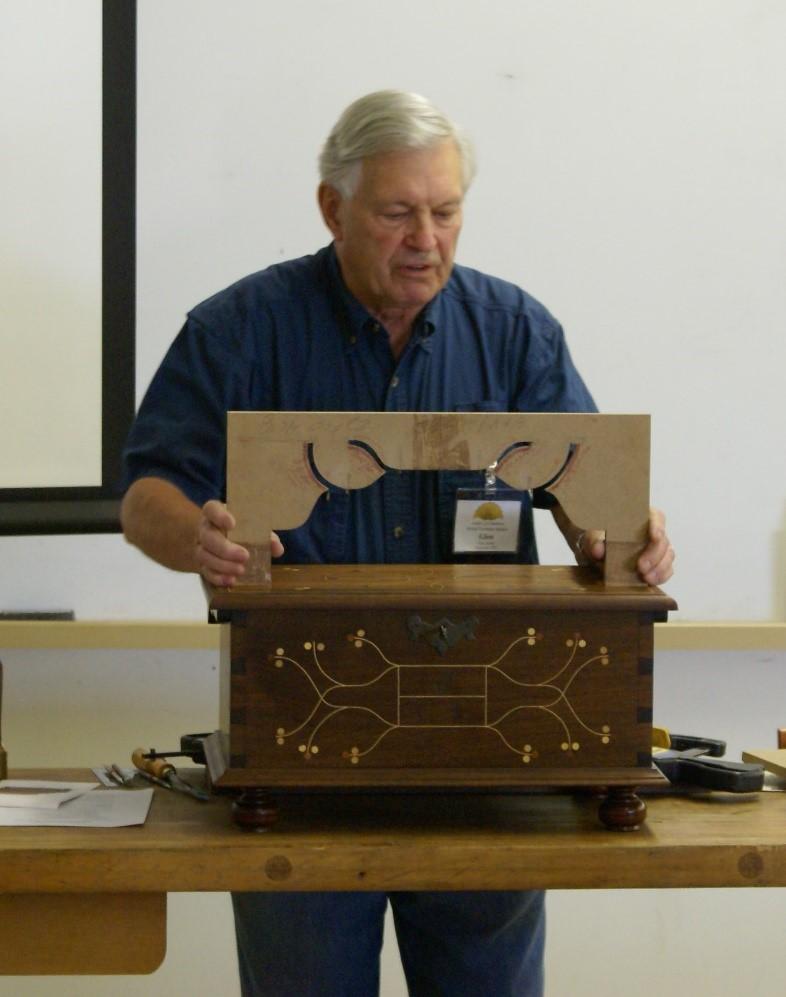 It is our sad duty to report that Glen Jewell, 83, of Charleston and Lewisburg, W.Va., passed away on October 8, 2019, as result of, in his words, a medium-length affliction.

Glen died of natural causes although he had survived multiple cancers. Glen was a co-founder (along with David Conley and John Goyer) of the Ohio River Valley chapter.

Glen joined the Society of American Period Furniture Makers during its inception and was Member No. 44. He was featured in our 2011 APF Journal for his Eli Terry Pillar and Scroll Shelf Clock. His shop was featured in a Oct/Nov 2008 Woodcraft Magazine article. He completed many period furniture reproductions for his family and enjoyed teaching others. That resulted in many friendships and bonds that lasted until his death. His last woodworking project was the 1820 Eli Terry clock, which appeared in our 2012 exhibit at the Connecticut Historic Society Museum in Hartford, where it was displayed alongside the original clock.

Glen’s contributions to craftsmanship and his fellowship with SAPFM members will never be forgotten.

Additional information can be found in this obituary.