The expensive hangings would be taken down and put into storage during the high summer and replaced with lighter hangings, as shown on the bill from Fleeson in October 1771.

The rail and hook arrangement seen on the bed would allow for an easy changing of the drapes. Also, the construction of the canopy subframe allows for a loose timber rod which enables the ceiling and pelmets to be changed with similar ease. Six mahogany chairs in the principal bedroom were trimmed in red and white fringes to match the bed.

As shown in the Cadwalader Study, six of the saddle seat chairs have 1/4” holes drilled in the seat rails at the junction with the legs. This would allow fabric covers that could be interchanged along with the alternation of the bed drapes. It is interesting to note that the seventh chair does not have these holes, suggesting that it was not one of those for use in the bedroom. 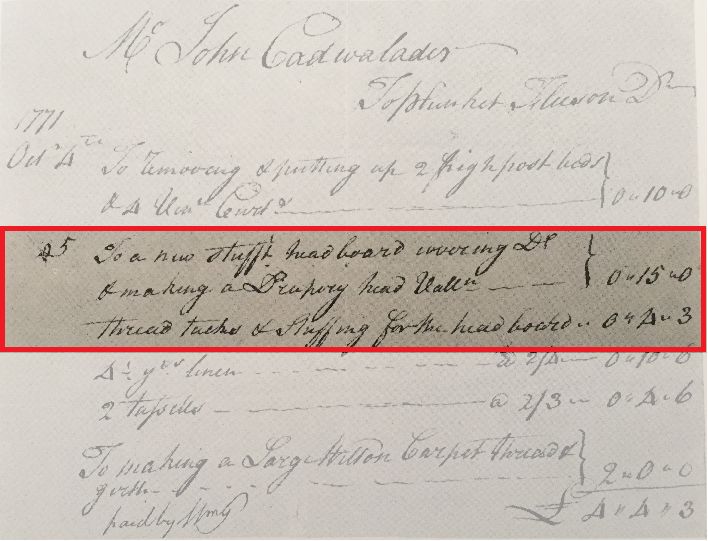